Play Visions introduces Floof, the new white, soft and smooth, lighter than air, moldable and stackable ocreated by the makers of Sands Alive. Floof looks like snow, feels like marshmallows, molds like clay, and can be reused every single day. 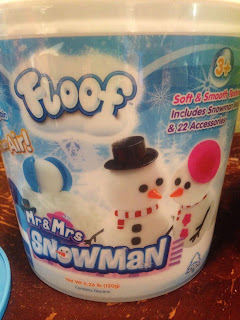 With Floof, the creations are limitless: from snowmen, to lions, to castles or trees. The process is simple; just mold, shape, stack and decorate. All of your creations including your highest towers or tallest snowmen will stand tall and will not topple over due to the compounds composite. The compound is stronger and sturdier to support all of your creations. 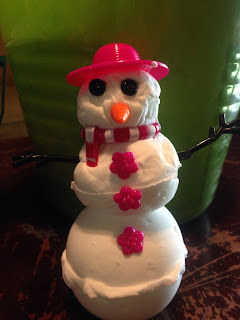 My boys ages 4 and half and 9 years old have played with their Floof all day. They love the snowman accessories that came with their kit. Unlike Playdoh Floof doesn't dry out so I don't have to go behind them every few minutes and make sure it's put up. They've made snowmen, volcanoes and walls for their super hero figures. It's been an exciting day of seeing so many creations. I love that they are using their imaginations and having hands-on play rather than spending all day on electronics. My 9 year old has always suffered from sensory issues. He use to never touch stuff like this. Last year we were able to review Sands Alive and he loved it. He loves Floof just as much. I enjoy seeing him put his hands in stuff like this and go to town :) It's a huge accomplishment. He see's it as playing and having fun, I see it as fun therapy!! 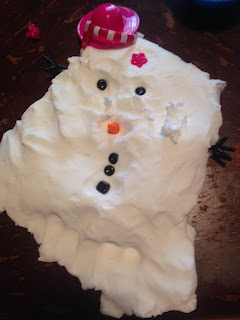 Flood is non toxic, easy to clean, water soluble and will never dry out.

Floof sets come with a variety of tools and accessories. Sets include: Mr. and Mrs. Snowman, Polar Babies, Snowball Maker, S'more Party, Sunny Day Cloud and the Flood Bucket. The S'mores maker has been a huge hit. The boys love sitting down together and pretending they are camping and roasting marshmallows. 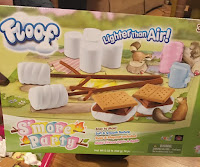 innovative twist" Said Mark Chernick, Executive Director, Play Visions. "Floof's texture and design allow for smoother creations of even bigger heights. We are excited to see how fans will explore and build." 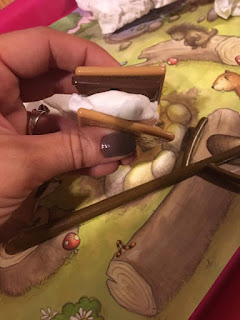 Check out Floof and other products from Play Visions