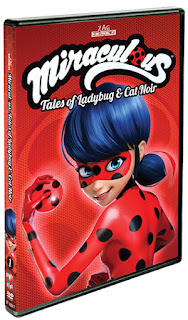 Marinette and Adrien, two seemingly normal kids  live what appears to be an ordinary teen life in Paris with dailyencounters that create amusing circumstances in school,  with friends, family, and even with strangers. But when the evil Hawk Moth threatens their beloved city of Paris, they transform into the superheroes Ladybug and Cat Noir using super powers gained with the help of their magical friends. Hawk Moth is using his evil energy to transform normal people into super villains, so our two heroes need to use all their skills to defeat him.
Becoming Ladybug is a complicated process. First, Marinette needs a “Kwami,” which is a tiny magical assistant (called Tikki). She also needs a “Miraculous,” which is a magical accessory (her special pair of earrings). Tikki uses the Miraculous to transform Marinette, but her Ladybug super powers only work for a limited time!
It is a good thing that she gets a little help from her superhero partner, Cat Noir even though she insists she doesn’t need him. If only she knew Cat Noir’s true identity – her school crush, Adrien! It will take a lot – friendship, teamwork and skill – to outwit Hawk Moth. Will Ladybug and Cat Noir be able to balance their double lives and keep Paris safe? Will they ever find out each other’s true identity? Until then – there is a whole city of baddies to defeat… SPOTS ON, CLAWS OUT!
Boys have had super heroes forvever and now its time for girls to have their very own aspirational role models. Tune in to watch on Nickelodeon, Saturday mornings at 8:00am. Don't forget to log on to Nick.com for more fun and episodes or the Nick app. For those in Europe and Latam you can check out the show on the Disney Channel.
Available now are Miraculous:Tales of Ladybug & Cat Noir toys and collectibles. If your kids love the show then they are bound to love the new dolls, action figures and apparel.
Gobble It Up reviews has teamed up with Shout Kids and ZAG to offer one lucky reader an opportunity to win a gift set full of fun new toys and apparel from the line (giveaway will be posted shortly after Halloween) One winner will receive the products pictured below (pajamas are size 8 and medium) This gift set would make an amazing Christmas gift..or just for being Miraculous. 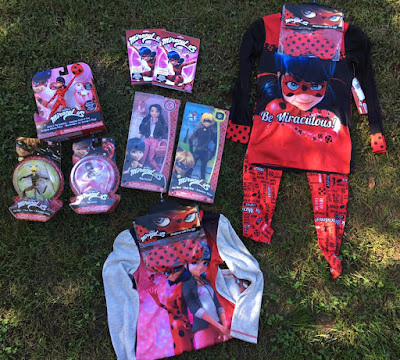 
Gobble It Up Reviews was not financially compensated for this post. I may have received product in exchange for an honest and unbiased review. All opinions are 100% my own and may differ from others.
By GoingGoble at October 08, 2016

Light up Christmas with Crayola

Do you have a budding artist o your hands? Looking for the perfect Christmas gift this season? With the  Ultimate Light Board  from Cray...